EureTechFlash aims to demystify new technologies and make them transparent, to stimulate You as a professional repairer to keep pace with technology. 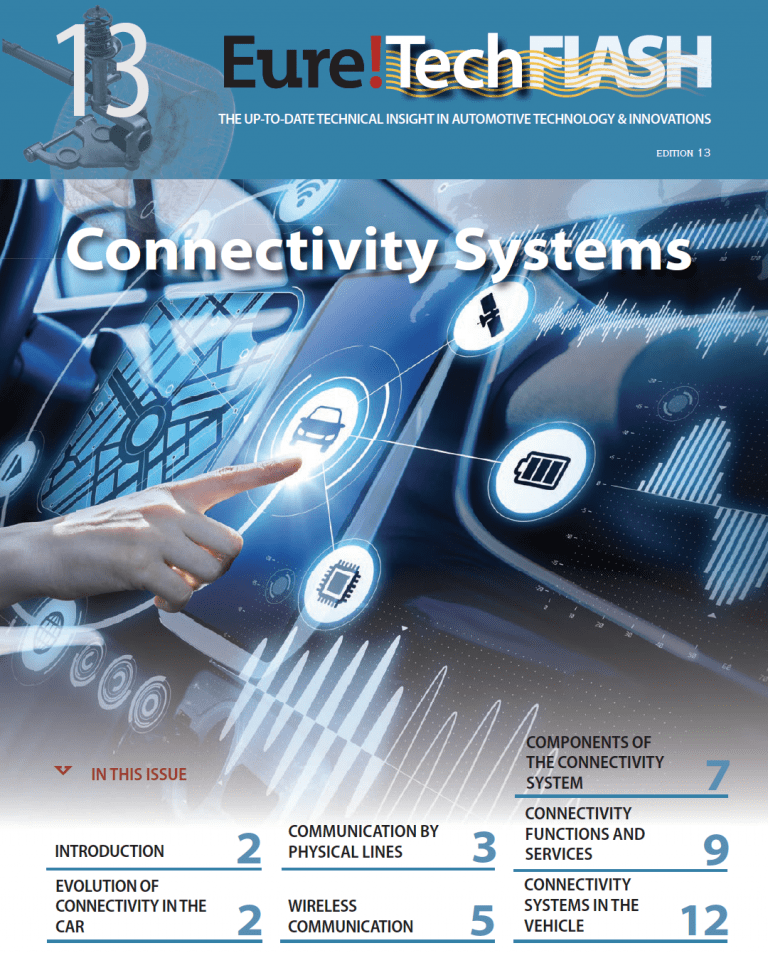 Connectivity is the capability of a device to exchange data autonomously
with a personal computer or another electronic device. In the car sector, it
is a reality that is revolutionising and evolving in such a way that it not only
provides a service to the user, but it is providing the vehicle with a certain
capability to function autonomously. The importance of these systems is
such that the sales strategy of new models will be focused on these features.
It will grow from 10% of those models placed on the market in 2014
to a forecast of 75% in 2020.
Manufacturers now incorporate a WiFi connection in vehicles that provides
a connection service through the vehicle to all those people who need it,
whether for work reasons or simply to access the Internet for leisure. This
connection provides other advantages such as the potential for remote
fault diagnostics, roadside assistance with information in real-time on traffi
c and road conditions, availability of free parking spaces, location of the
vehicle in case of theft, and even the price of fuel in the nearest petrol
stations. The system also allows the maintenance state of the vehicle to
be monitored and to alert the driver in advance of the need for servicing.
Connectivity as safety equipment is currently one of the aspects most
studied by manufacturers. The use of personal devices through systems
integrated into the vehicle reduces the risk of accident due to visual or
physical distraction of the driver. The connection of the vehicle to telephone
devices also allows emergency calls to be made in the event of an
accident with the possibility of geolocation.
Current infotainment systems are able to replicate the smartphone or tablet
interface on the vehicle device with the aid of specifi c apps. This allows
it to be operated on the vehicle display, and to transmit or play external
multimedia content through a Bluetooth connection or auxiliary inputs and
cable.
Download file 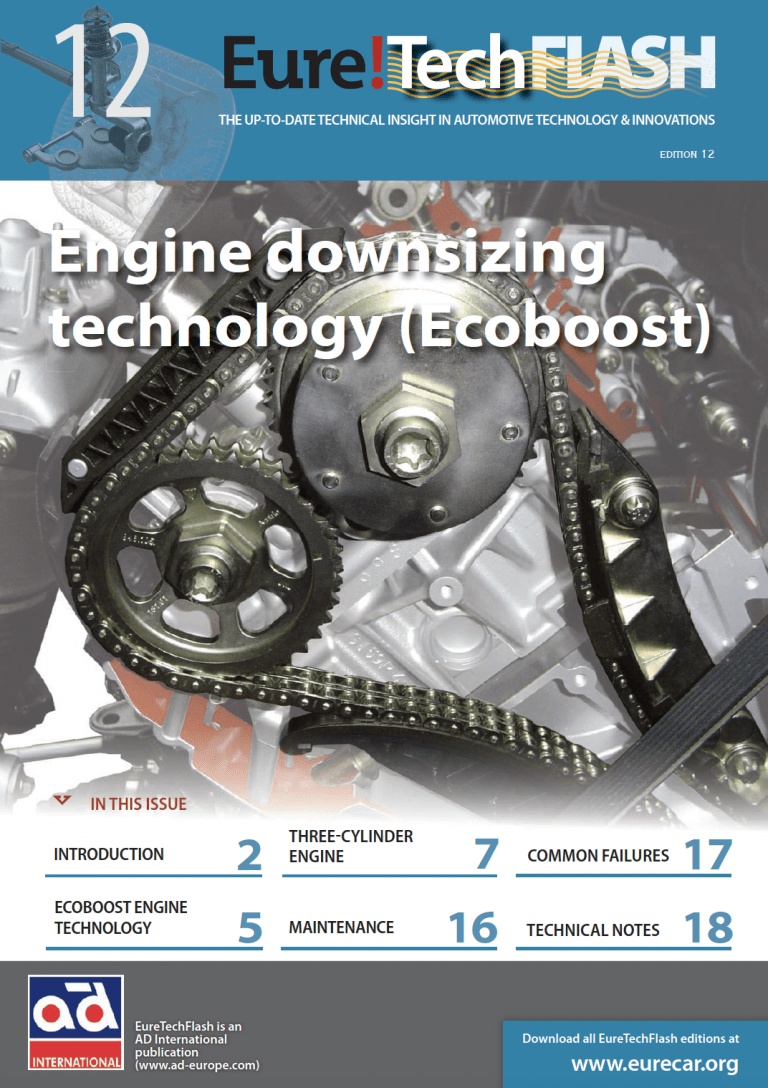 Downsizing refers to the concept of miniaturisation and optimisation of the performance of an engine to give it similar or superior characteristics to that of engines of a larger cubic capacity. Moreover, this technique re-duces the pollutant emission levels to the atmosphere and fuel consump-tion is improved.
Over recent years, practically all manufacturers have started to use down-sizing technology. Through engineering, the thermal effi ciency of internal combustion engines has been improved to such an extent that they can be designed with a much smaller size while maintaining, or even exceeding, the performance of much larger engines.
By combining a reduction in the number of cylinders and/or the cylinder capacity, with the addition of various systems such as direct fuel injection, forced induction, variable valve timing, variable valve lift, variable intake, intelligent heat management, etc., brands are capable of building high-power engines, the majority of which are no larger than 1600 cm³ and have less than four cylinders.
Even though downsizing is focused on petrol engines, it has also been applied to diesels, with the emergence of what are called modular archi-tectures; smaller petrol and diesel engines with similar characteristics are built on the same base and share a large number of elements, thus reduc-ing the cost and reliability problems the manufacturers have experienced.
Download file 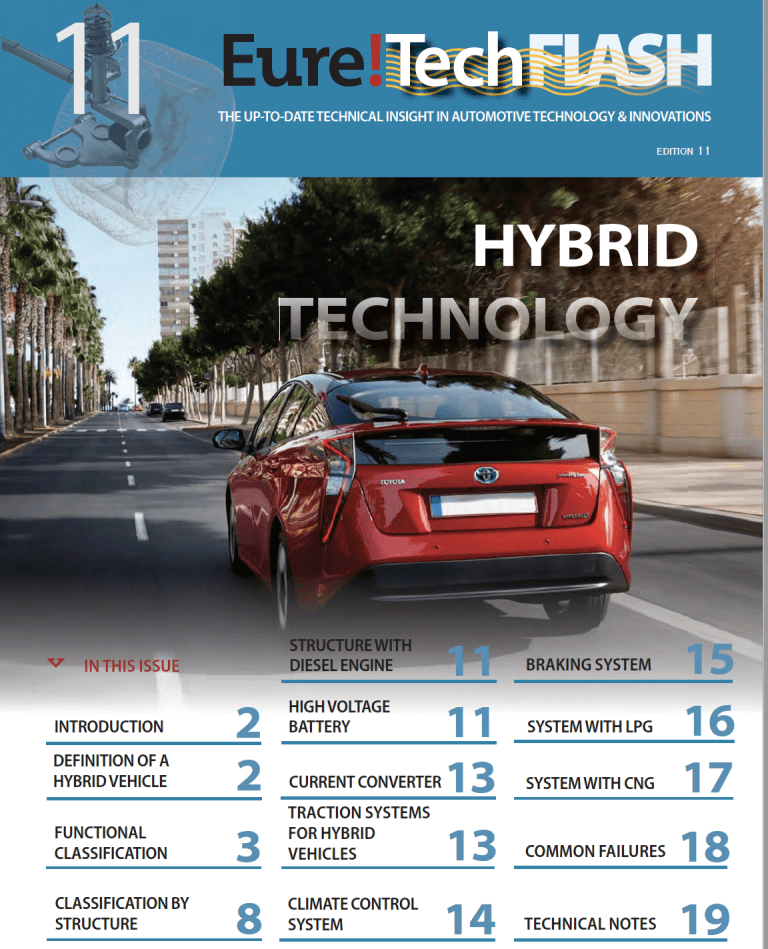 The purpose of combining an internal combustion engine with an electric motor is to achieve increased effi ciency, since the electrical system can accumulate the energy generated by braking in the form of electricity and store it in a battery.
While in vehicles with combustion engines, this energy is lost in the form of heat generated by the friction between the brake pads and discs, in addition to the heat generated by the friction in the moving parts of the combustion engine when it holds back the vehicle during deceleration.
The electrical energy generated by braking and accumulated in the bat-tery will be used to provide traction force during acceleration.
This operating strategy results in clear energy savings, especially when driving conditions require multiple deceleration and acceleration (driving in heavy traffi c, between traffi c lights, roundabouts, etc.). However, it is no longer benefi cial at constant speeds in scenarios driving on ﬂ at roads with no changes of elevation.
On the other hand, the increase in fuel prices, pollution levels, and new protocols for episodes of high contamination in large cities, which ban vehicles that pollute the most from driving in the centre of the city, have prompted many drivers to lean towards the purchase of vehicles that are more environmentally sustainable.
Download file 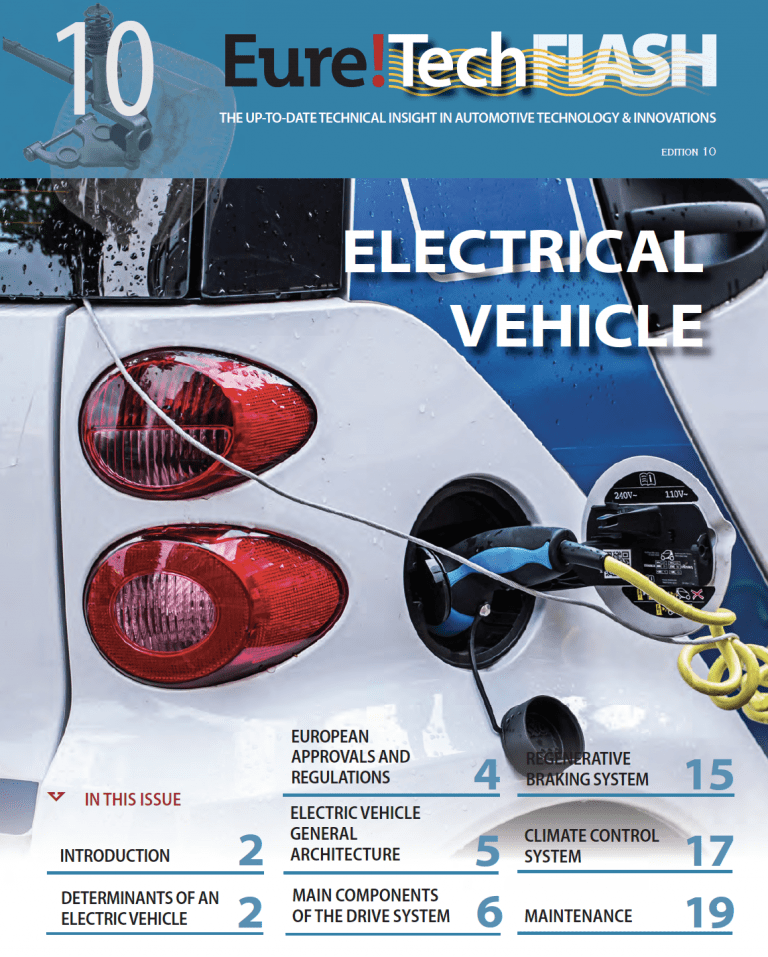 There have been a number of technological advances in the automotive sector over the years, but there is no doubt that the introduction of the electric vehicle was one of the most signifi cant.
The fi rst generations of electric vehicles date back to 1839, with Robert Anderson the manufacturer. Electrical energy was stored in non-recharge-able batteries. With the invention of rechargeable batteries in 1880, electri-cal vehicles began to be mass produced before combustion vehicles.
In 1899 the speed record was broken by an electric vehicle called “La Ja-mais Contente” (English: “The Never Satisfi ed”), which reached the speed of 105 km/h thanks to the NiFe batteries of Thomas Edison. At the peak, 90 % of sales were electric cars.
Nevertheless, production of these vehicles stopped as they had relatively low ranges and performance. On the other hand, combustion vehicles were evolving more rapidly, mainly as a consequence of aircraft engine development.
Download file 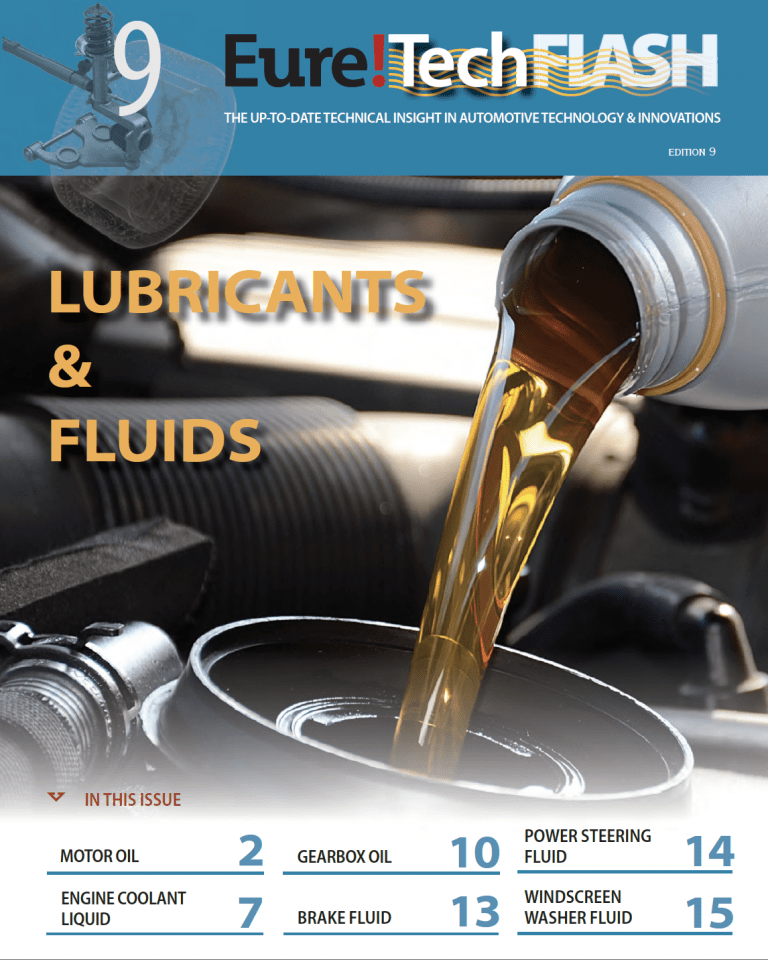 Internal combustion engines make it possible to transform the energy generated by combustion into mechanical work. To produce movement, they have a large number of moving parts subjected to high loads and temperatures.
During operation, the moving parts rub against each other. This friction generates heat and causes wear in the components, leading to excessive play, breakages or even seizures between them.
To prevent this, lubrication systems are used in the engine, creating a fi lm between the moving components that reduces the friction and the prob-lems it can generate. The fl uid used for lubrication is engine oil.
Download file

Receive our EureTechFlash magazine 4 times a year for free and keep pace with the latest automotive developments !